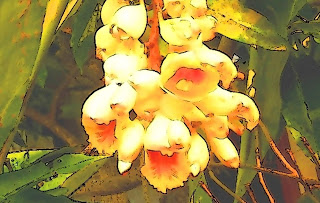 If you asked me, "What's your favorite flower?" I might answer, "It's hard to say! All kinds of flowers have their different sorts of beauty -- showing their own unique style!"

Indeed, in this world there are so many types of flowers that catch my eye. I just don't know which one I like the most. But anyway, I am always attracted to shell ginger flowers (see photos), for they can remind me of something really special.

A long, long time ago, the "leaf sheaths" closely attached to the shell-ginger stem were used to make a kind of rope, which my parents used to make the handles of the bamboo baskets for carrying very young rice plants (秧苗). One evening, when I helped my parents to renew the handles of the baskets by using the ropes newly made of the leaf sheaths of shell ginger, I felt a sharp pain in my belly. Then, as if it was destined to happen, I was quickly sent to the hospital ... Oh, yes, just as it had to happen that way, 60% of my stomach was removed in an urgent medical operation.

Anyway, I wish I could have forgotten that part of my life. But in one of my short stories I've included such a paragraph:

"One evening, Moodee's parents were preparing for rice-planting. They were fixing the bamboo baskets that were to be used the next day to carry yong (very young plants of rice) to the wet fields. Moodee came to them, thinking that he might be able to help. No sooner had he squatted down than his stomach started to ache. The great pain made it necessary for him to be sent to hospital at once. He underwent an emergency operation on the stomach that night." (from In the Pupal Stage)

I wrote that story in April, 2000, though the above-mentioned incident had actually happened a quarter of a century before, in 1975. Now, thanks to the Lord, for his abundant blessing has made me feel comfortable to confess that in that story the main character's name was derived (and transformed) from my real Hakka name, which sounds more like Mookoo than Moodee. -- Well, why am I always attracted to the shell ginger flowers? You now know the best reason, don't you? 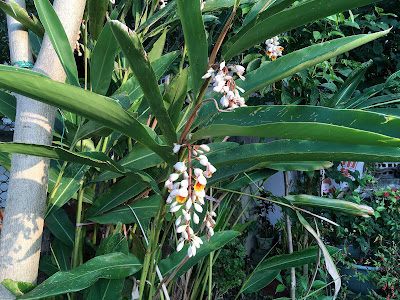 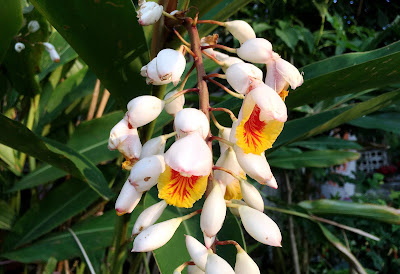 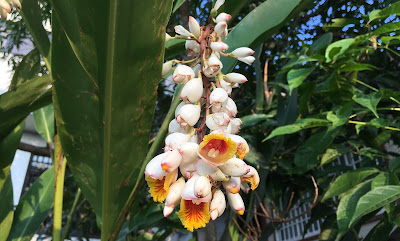 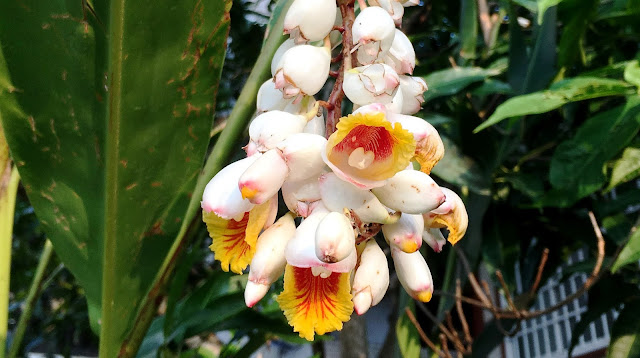 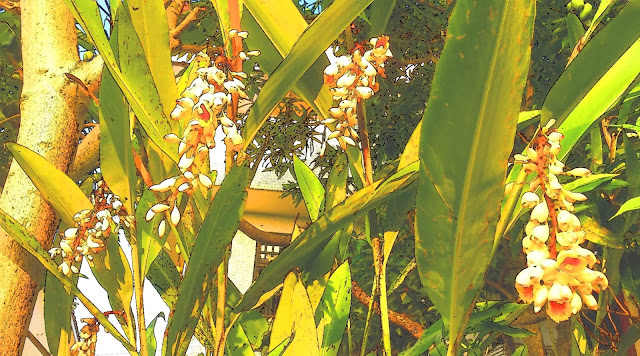 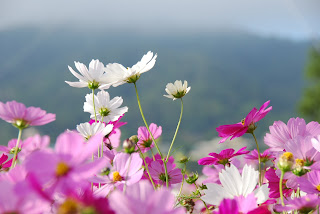